Access modifiers are a feature of programming languages that help promote encapsulation of components in an application. Each language implements this feature in its own way, but there’s typically 3 approaches to access modifiers:

An API is the collection of points of connection of a black box of software. Full post answering this is titled What is an API?

A black box of software is any piece of software and its boundaries. Boundaries may be physical (like a computer case) or logical (like an access control software component). Black box, because an outside user (or software component) is not meant to know about another box’s internal details. An example in the physical world would be a lock — something you use every day. Yet, you probably don’t understand the internal details of any lock you use.

The client-server model is a very common design pattern over a network where one or more machines (clients) request services from a machine (server) which provide services. The server may or may not be a set of distributed machines.

A design pattern is a way of organizing software components together. Design patterns usually attempt to solve common problems by promoting modularity, reusability, and extendability.

Below is a simplified view of an Operating System showing its role between user applications and hardware:

Level of Scope refers to the vertical position of a smaller concept within a bigger concept. It’s like zooming in and out of something. For example: International -> National -> Regional -> Municipal.

What is an API?

A built-in library is a library that is built into the language’s interpreter or compiler, so you don’t have to import it yourself.

A standard library is a library that often ships or installs alongside a programming language’s interpreter or compiler.

A loopback connection occurs when a machine’s network requests are made to itself. An operating system’s network stack handles network requests exactly the same whether a request is being sent to another machine over a network or to itself. Each packet is packaged with network headers (i.e. TCP headers) as needed, in preparation for a network request. However, once the address is revealed to be itself, the packet goes back through the network stack in the opposite direction as if it were coming from another machine.

Example: The shopping cart endpoints map to these functions in shopping_cart.py

Markup is usually another word for HTML — the language that defines the structure of a web page on the internet. Dynamic content (such as a web page that welcomes you by your name) used to be exclusively stitched together on servers. However recently, with the increase in performance of mobile devices and push to save resources in the cloud, this stitching is being performed on client devices.

Namespacing can mean something as simple as adding a prefix to several files to create groups of files distinguishable by their prefix:

In software, namespacing is a form of encapsulation. It involves creating a logical barrier to prevent a problem where the same variable name in two different parts of an appication clash.

If you wanted to invoke a function declared in a namespace from somewhere else in the application, you would have to import it (something that was mentioned in the post titled: What is an API?

A process is an instance of a running application. Complex applications can have multiple processes. Web browsers like Google Chrome often start a new process for each tab.

Static resources are data or code that is not processed before being served (sent) by a server. Examples are image, JavaScript, and CSS files. Static resources don’t change from request to request — regardless of who’s making the requests. The opposite would be a page or other piece of content that requires data to be stitched together within markup at the server before being sent to a client. If that stitching happens after the markup is sent to the client, then it’s happening in client-side JavaScript. It’s still dynamic information being stitched into code, but because it’s happening after the code was sent from the server, the JavaScript is considered a static resource. From the perspective of the server, the content does not change during its handling of that data.

The cloud refers to either:

Many layers of technologies (hardware and software) are involved in transferring data over the internet. Each layer has different responsibilities and uses many different protocols depending on logistical circumstances, type of data being transferred, and the use case for that data (example: streaming vs downloading).

A protocol is an established convention for how to do something. A transfer protocol in the context of software is usually either or both of:

Various models exist for defining the layers of technologies involved in transferring data over the internet. The most prominent is the OSI model. Wikipedia has a nice intro to this topic. A “full list” of transfer protocols doesn’t exist because of its broad definition. 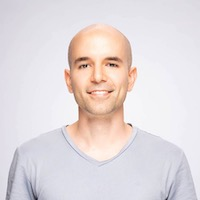 Sam Malayek works in Vancouver for Amazon Web Services, and uses this space to fill in a few gaps. Opinions are his own.